The Third Floor is excited to announce and launch a new animation group and a suite of tools for final animation. From our founders to our supervisors, artists, engineers and production teams, we are thrilled to debut our TTF Anim group together with capabilities to help storytellers and studios create cinema-quality, stylized animated content completely within a game engine pipeline!

The pipeline, which supports production of finished, stylized animation sequences for screen formats and resolutions including 4K Dolby Vision, brings together the best features of traditional animation and game engine rendering, using TTF’s visualization tools custom-developed on top of Epic Games’ Unreal Engine. Creators can perfect characters, environments, special effects and more with the speed of real-time engine rendering, also taking assets into a shared sandbox to develop camera positioning, timing, lighting, coloring and texturing in detail within and across scenes. 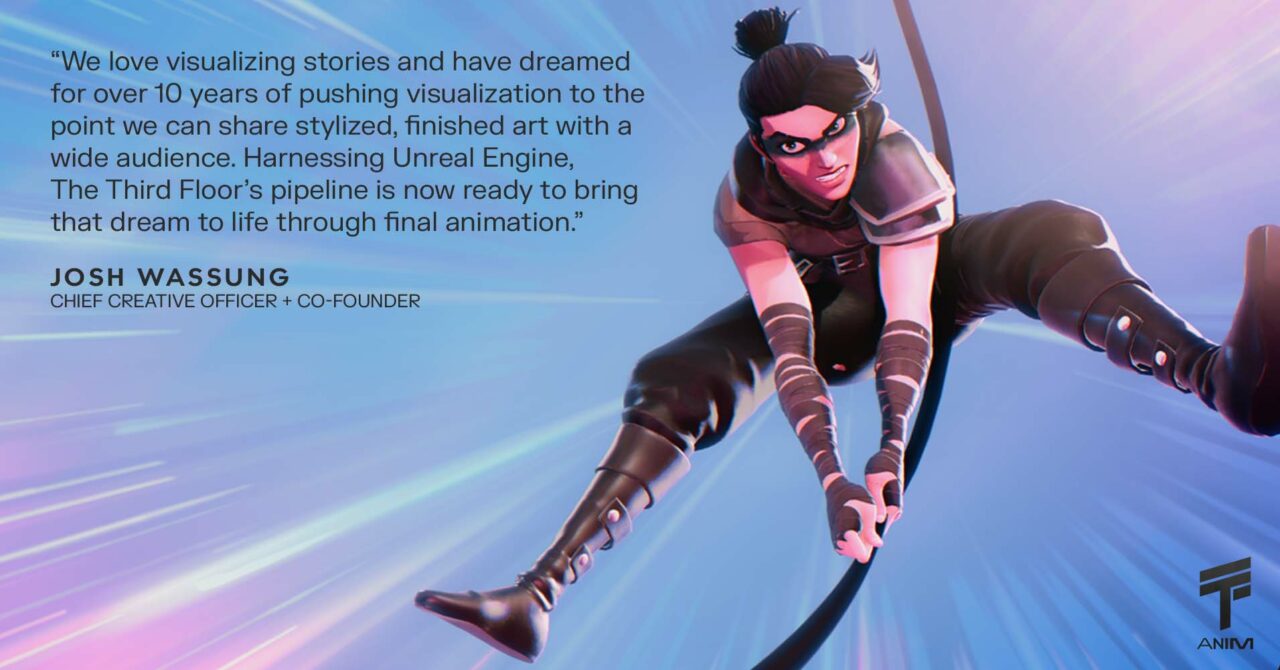 “The Third Floor has a legacy of reducing the gap between story inspiration and realization,” said Josh Wassung, chief creative officer and co-founder of The Third Floor. “We love visualizing stories and have dreamed for over 10 years of pushing visualization to the point we can share stylized, finished art with a wide audience. Harnessing Unreal Engine, The Third Floor’s pipeline is now ready to bring that dream to life through final animation.”

A key goal with this initiative is to bring more flexibility to the animation creation process, which has classically been built around a fixed number of iterations. Now, ideas can be progressed continuously, with significantly faster rendering providing the freedom to turn around, review and implement ideas and changes across the animation process. 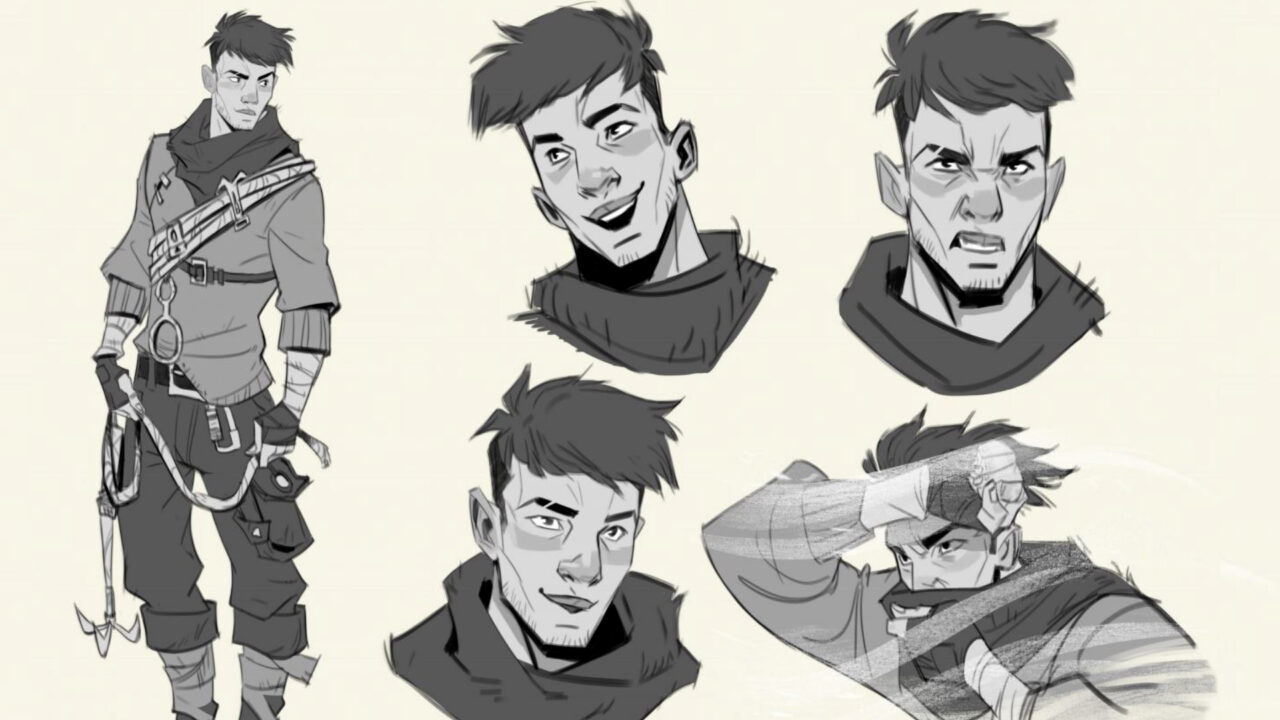 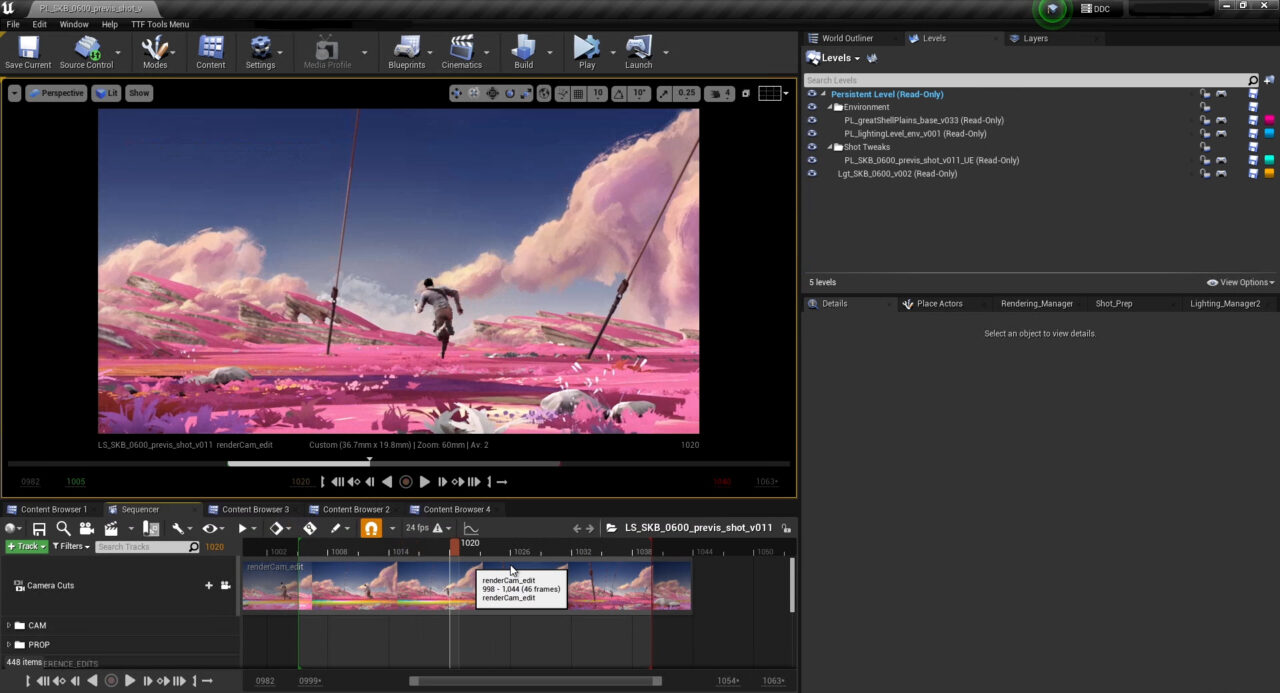 The Third Floor’s first public showcase of these capabilities, a short titled “Skytribe,” produced in house at The Third Floor, demonstrates the range of styles and realism that can be achieved with camera movement, facial modeling, and face/body animation.

As The Third Floor continues to contribute to and collaborate on productions in Hollywood and around the world in all markets, helping speed realization of incredible creative ideas within ever-innovative forms of entertainment, it’s an exciting time to be making a natural expansion of work and toolsets in pre-visualization, virtual production and post-visualization for the worlds of final animated content. 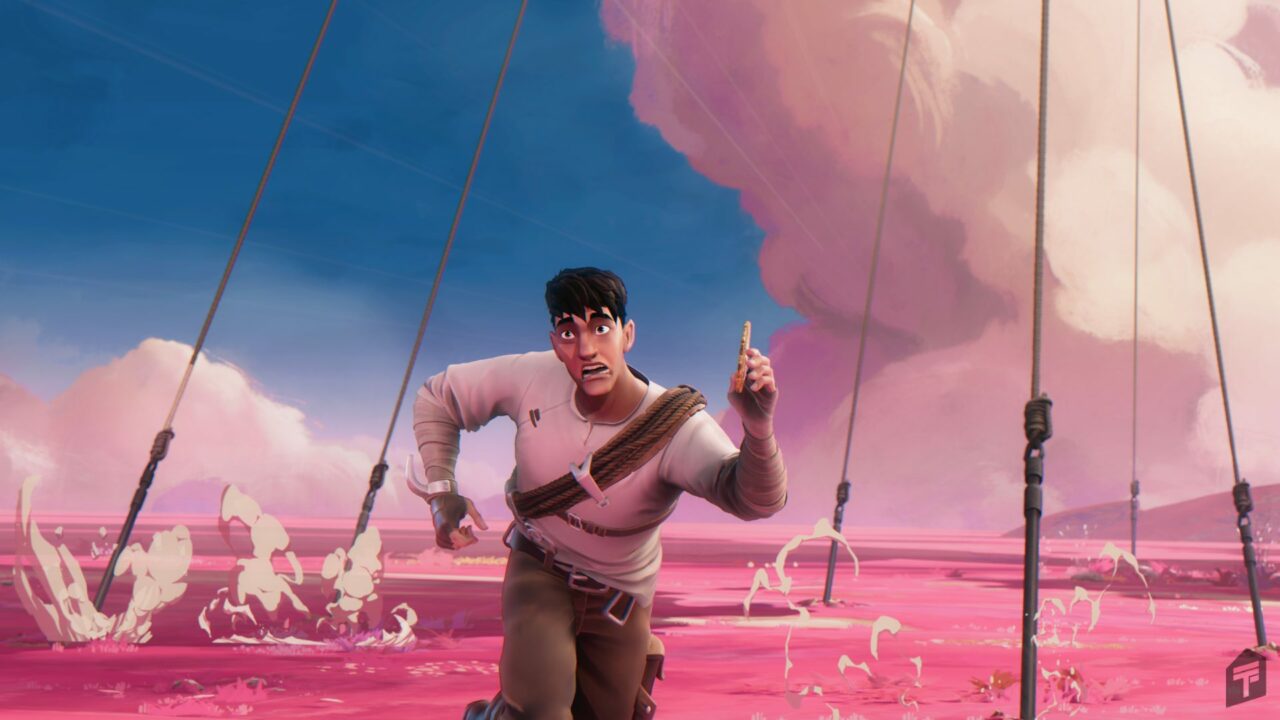 Thank you to all of our amazingly talented collaborators!

To read more on TTF Anim, check out these articles:

The View From The Third Floor: Lauren Moore

The Third Floor Launches Animation Group and Tools to Produce Stylized, Cinema-Quality Final Animation in Game Engine The Third Floor is excited to announce and launch a new animation group and a suite of tools for final animation. From our founders to our supervisors, artists, engineers and production teams, we are thrilled to debut our...
Prv