As we learned in the first edition of our series, previs serves as a creative sandbox that helps filmmakers and designers illustrate their vision and revise it many times before committing to a final plan. Approved previs shots and assets that “make the cut” contain a ton of useful information that can be analyzed, mined and provided to crew members to help them deliver the final production with a new level of precision.

This is why techvis was born; to ensure that the important decisions made during the previs process are not lost on set. When orchestrated professionally, techvis can help answer production questions both large and small, and explain how many interconnected pieces fit into the grand puzzle, including the critical relationship between camera rigs, actors, extras and visual effects elements.

Techvis takes many forms, from a single PDF, to hundreds of schematic diagrams and simulation videos that reveal how each shot can be accomplished. How fast does the camera have to travel and how high? How large of a green screen is required and where should it be positioned? What will the light be like at our location at the exact time we plan to shoot? All of these critical questions can be answered ahead of time through informed techvis.

Modern previs reflects the real-world scale of objects, from a production designer’s constructed sets to 3D scans of locations. These realistic blueprints are treasure troves of embedded techvis information that can be extracted and applied to make even seemingly impossible visions come to life. 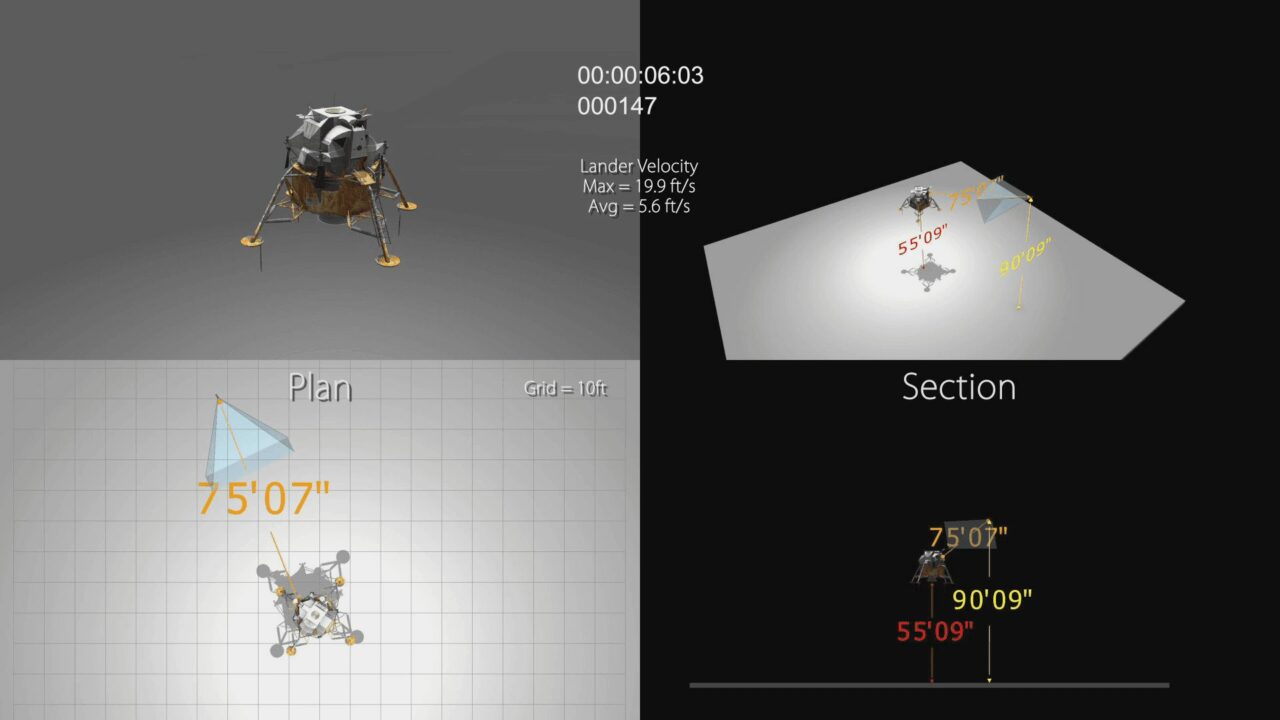 For All Mankind, Season 1: THE THIRD FLOOR created this techvis to help the crew determine the landing speed of the Lunar Module and how long a shot would be if they were to follow the landing in full. 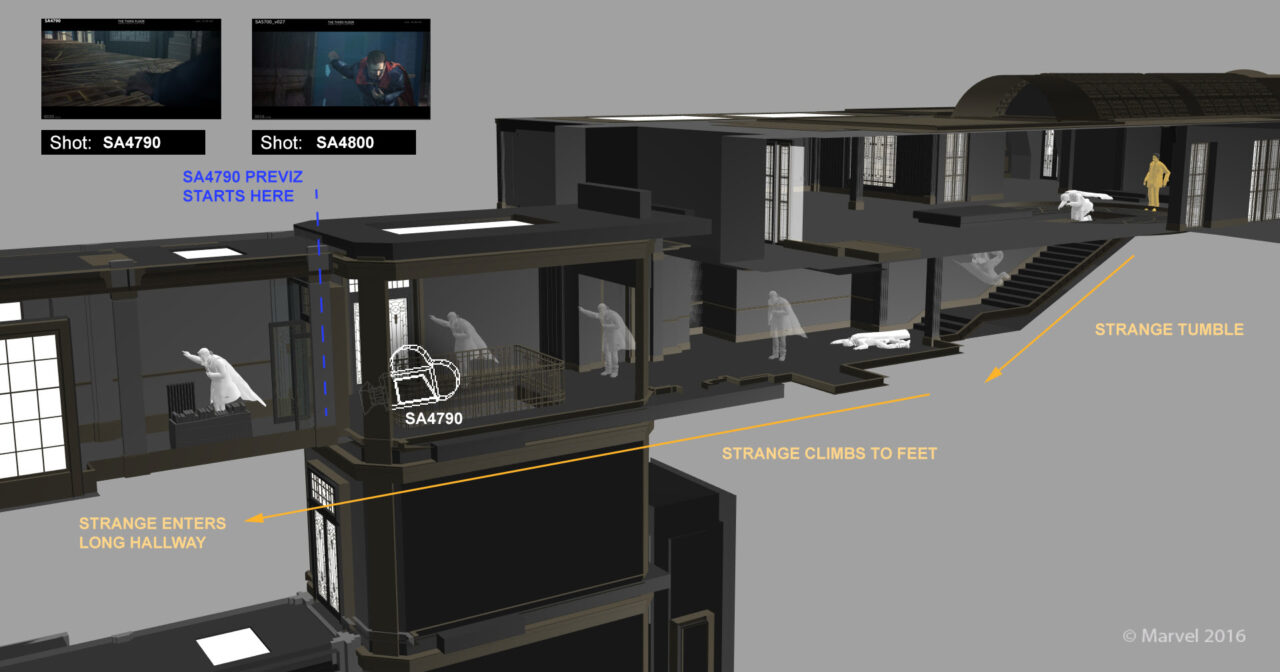 Dr. Strange: This techvis from Doctor Strange mapped out action and camera locations via an informative cutaway of the environment. 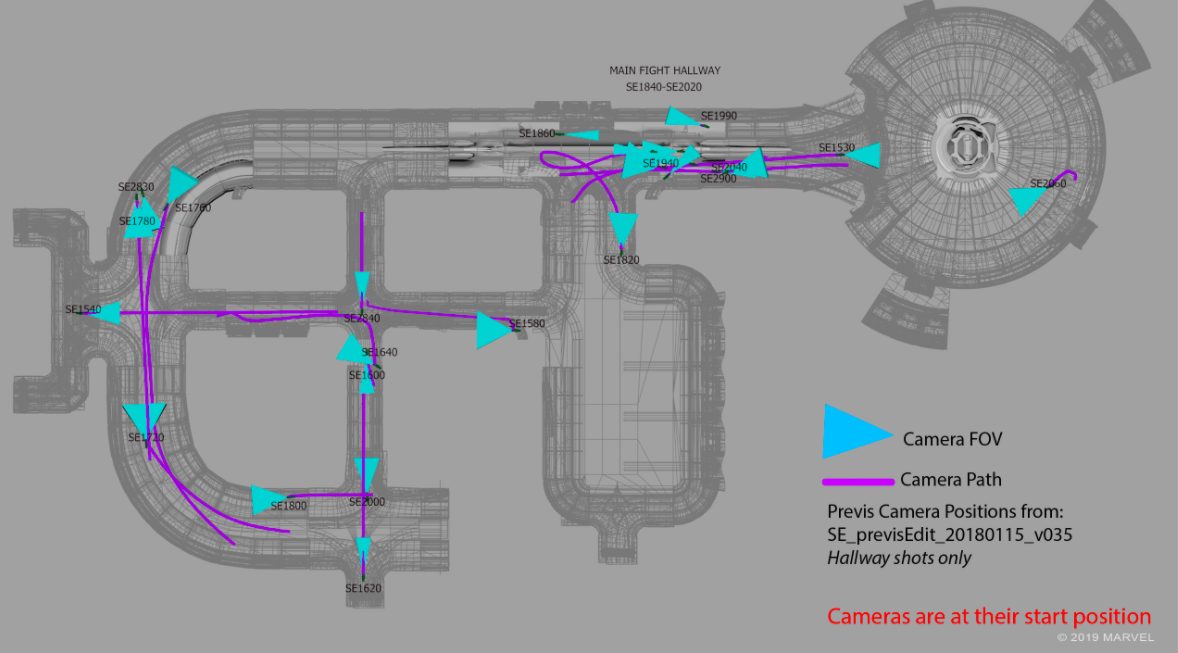 Captain Marvel: In this Captain Marvel sequence, when Carol escapes the Skrulls, the techvis team combined every previs camera path into a single illustration, that helped the crew understand how each setup would flow from one angle to the next, whilst maximizing the available set. 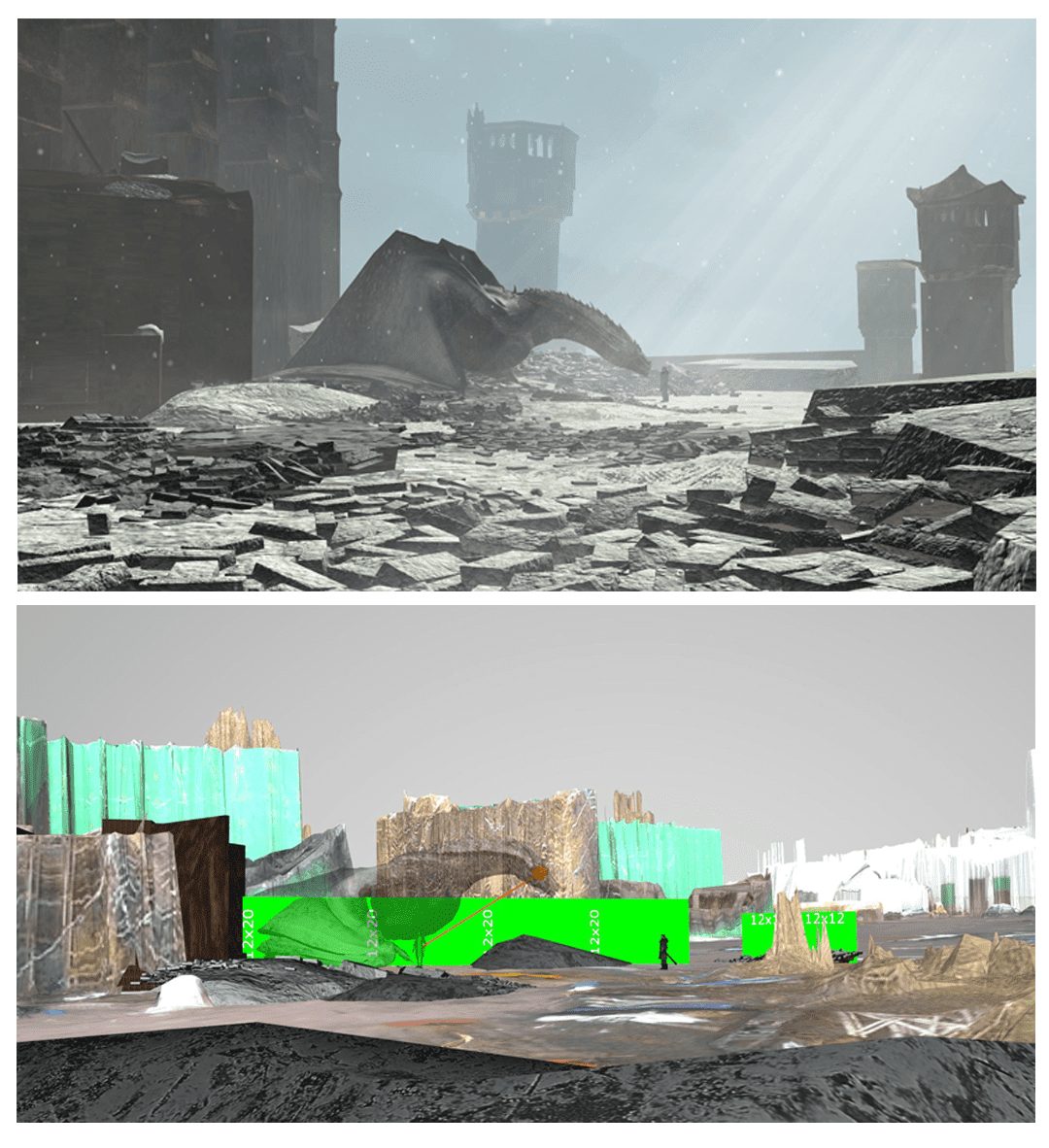 Game of Thrones, Season 8: In the series finale of Game of Thrones, techvis was essential to achieving the complex staging of action within environments that were part real and part virtual. From approved previs, THE THIRD FLOOR calculated the eyeline heights and green screen dimensions needed to achieve the wide shot of Jon meeting Drogon in the King’s Landing Court. 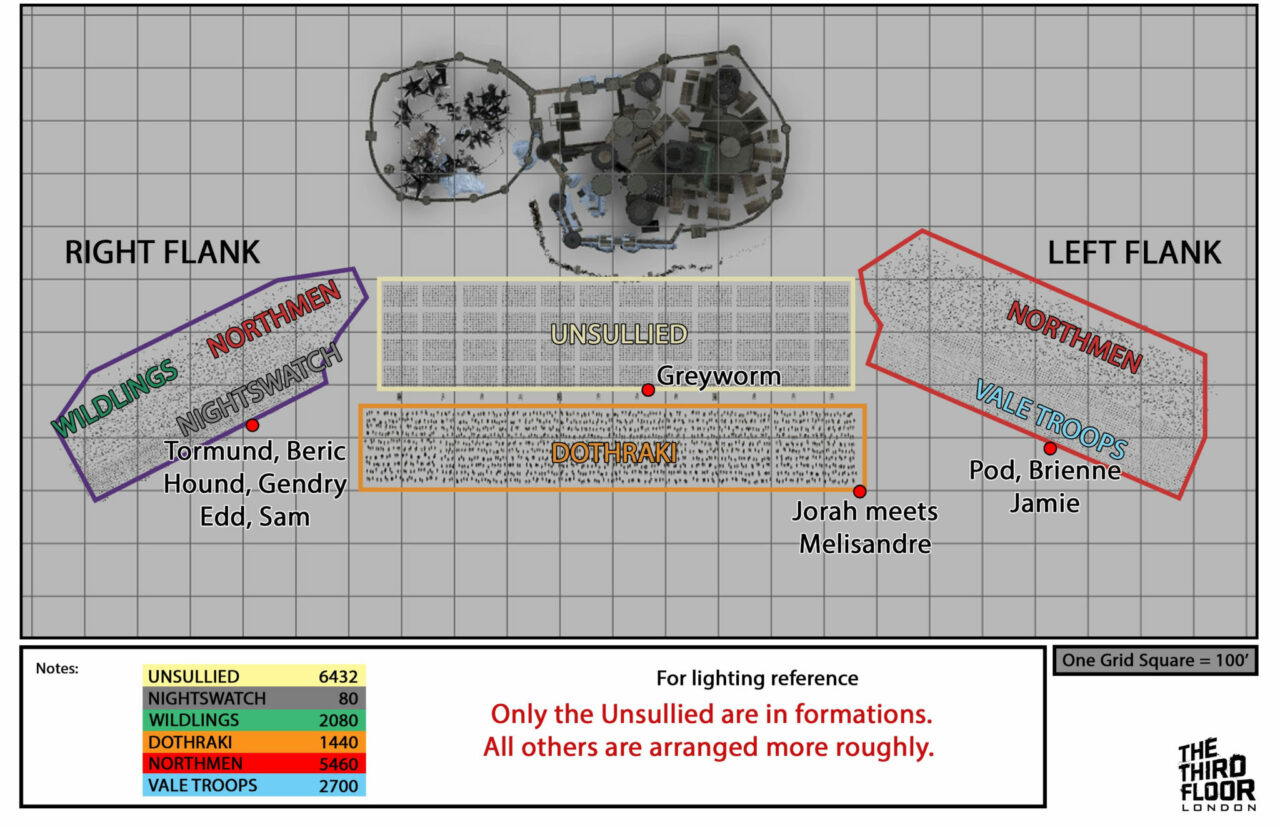 Game of Thrones, Season 8: The pre-battle army formation for “The Long Night” needed to be carefully thought out as it would affect all the subsequent staging and shots. Tapping into experience from The Battle of the Bastards in Season 6, THE THIRD FLOOR worked with the team to ascertain the numbers of Unsullied, Dothraki and various soldiers as well as the placement of hero characters outside Winterfell.

To learn more about techvis or any other visualization support for your project, email visualization@thethirdfloorinc.com.

Read how TTF contributed to the Netflix film, Extraction

What is Techvis? As we learned in the first edition of our series, previs serves as a creative sandbox that helps filmmakers and designers illustrate their vision and revise it many times before committing to a final plan. Approved previs shots and assets that “make the cut” contain a ton of useful information that can...
Prv