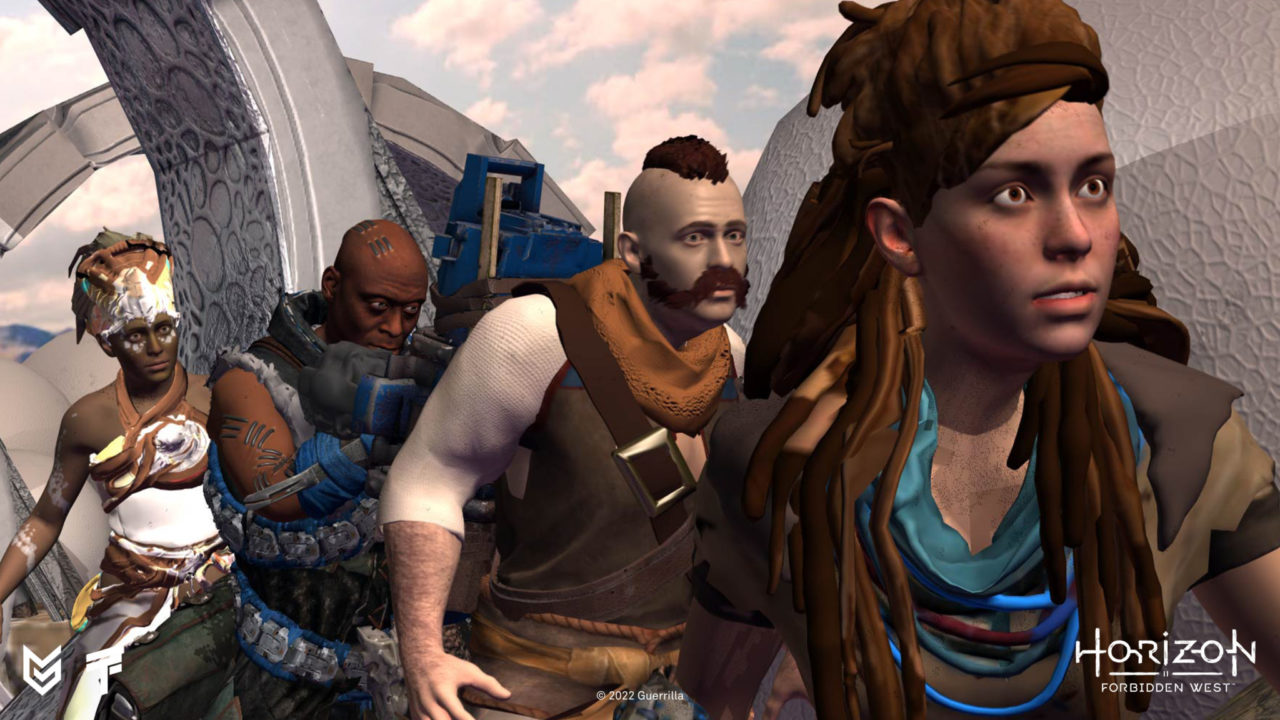 “Firstly, the team was given a detailed breakdown of the in-game cutscene cinematics by the client,” noted Justin Summers, The Third Floor Visualization Supervisor. “This included a recorded playthrough of the lead up to the game action that would immediately precede the cinematic, as well as a flythrough of the environment and its key features. We also had screengrabs with staging markers and locations for each of the story beats in the script. Using this information, we were able to start creating the previs.” Alongside the creative meetings with the client, TTF artists played the first instalment, Horizon Zero Dawn, to study previous cinematics and experience established story and character dynamics. 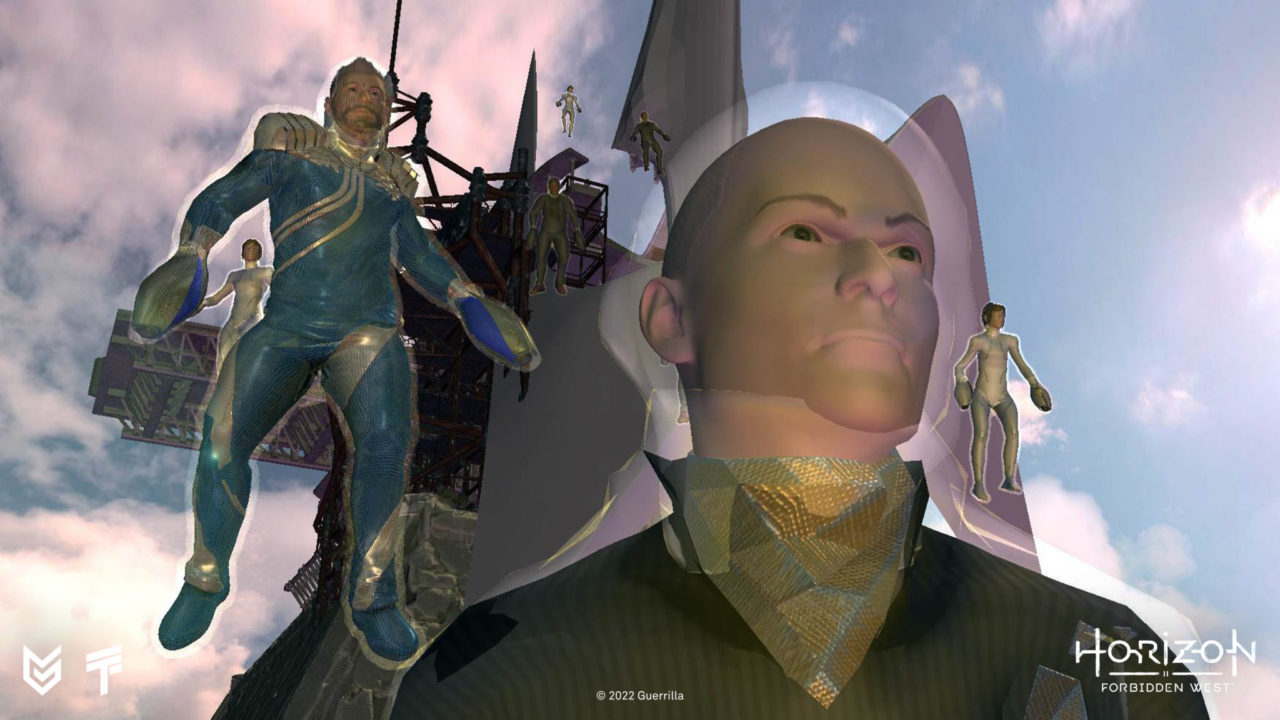 The previs process proved especially useful for storytelling and action as the client was able to reference previs cutscenes that had been signed off on before filming the cinematic performance capture shoots. By visualizing the scenes, the client and cinematic director could streamline the motion capture sessions they needed to book and film with actors and physical performers, and help inform the scope of performances without restricting creative range “on the day.”

“Our previs could also be used for placeholder narrative as the client completed demos, playthroughs and director reviews,” Summers continued. “We did custom exports of the previs camera, animation and scene files so that these could be used kind of like a ‘first pass’ layout as Guerrilla built their ‘first pass’ layout for their in-engine cinematic builds.” 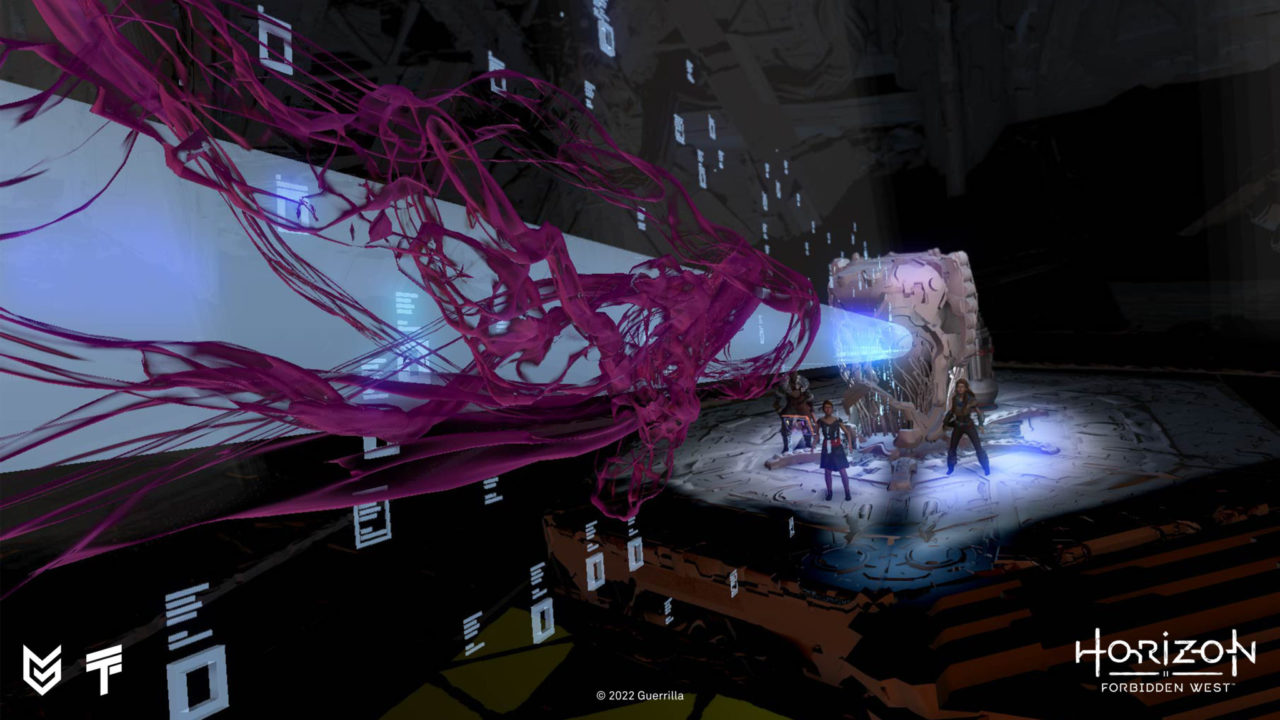 The Third Floor’s Tools Team worked with the client’s tech team and developed an export tool through which TTF’s rigs could be ‘baked’ to the client’s character and creature rigs. “We supplied the client with a clean scene alongside the whole cutscene previs that could then be brought into the game engine to give them an extra option to use for timing and placeholder purposes. During their testing and development process, they could also just trigger a movie of the previs that had been created to help inform the timings and gameplay,” Summers remarked. 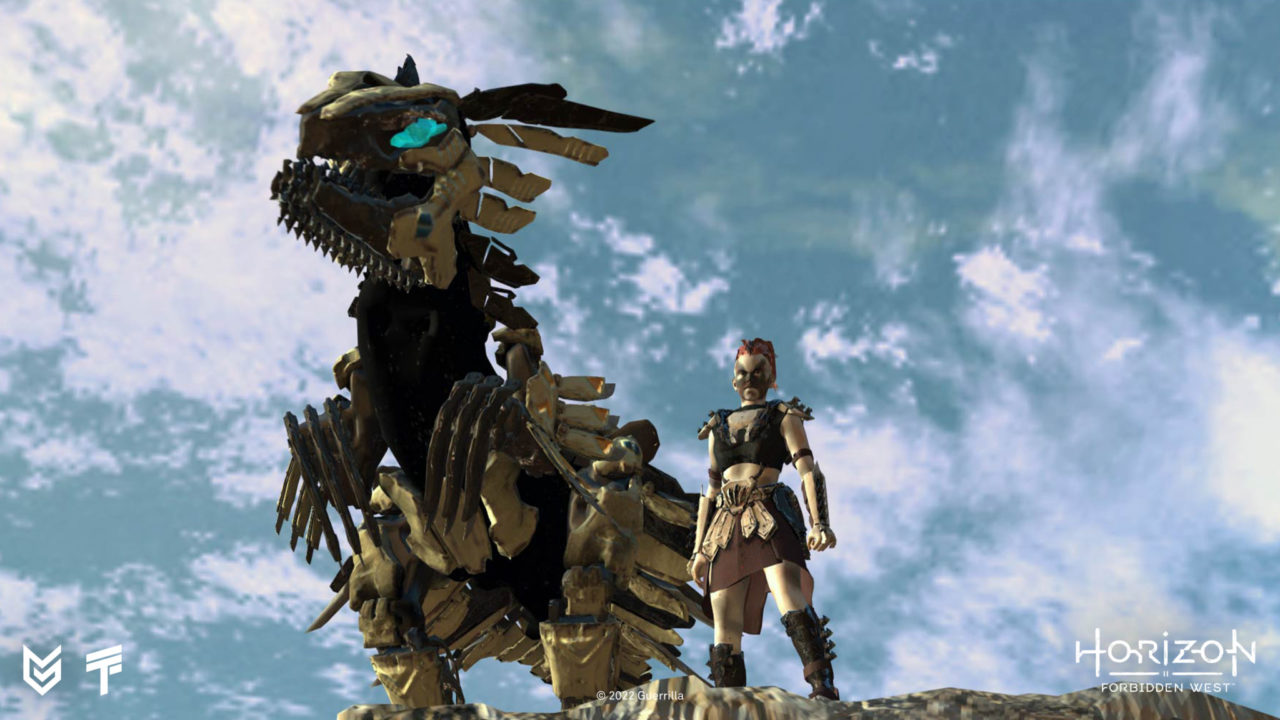 The Third Floor London is immensely proud to have been a part of the creative process for such a thrilling gaming experience. “We developed a great working relationship with the talented team at Guerrilla, which was forged through a mutual love of impactful storytelling. It has been an honor to work on a project with a truly epic vision and exceptional world building,” Summers concluded.

TTF In The News

Check out some of the latest highlights and recent news at The Third Floor!