Visualization had a vital part to play throughout the production as story beats and compelling visuals – from Loki being interrogated at the Time Variance Authority to multiple Lokis battling a cosmic Smoke Monster in the Void, were fleshed out and readied for filming. The show’s time-travel themes and unique new worlds provided a range of interesting challenges to support design, pacing, look development and visualization of CG elements and environments within photographed plates.

In one memorable sequence from Episode 3 “Lamentis” Loki and Sylvie race through the streets of Shuroo to find a get-away spaceship. With everyone scrambling to escape the city – and the planet, it’s a riotous trip that is presented to viewers as a single shot that stays with the characters.

Detailed planning was needed for cameras, actors, obstacles and effects in order to have seamless matchpoints as the “one’r” was stitched together in post.  During the previs phase, The Third Floor’s team developed a virtual version of the physical set using a model provided by the art department. Within the virtual world, it was possible to stage paths of action and develop camera booms, resets or VFX explosions through which to transition between shots or stunt takeovers.

“In one way, previs served the creative vision as we worked with the director and crew to sequence out the starts and stops that would happen to Loki and Sylvie along this journey – who and what they would encounter” remarked Visualization Supervisor Jesse Lewis-Evans. “In another way, the work was in looking technically and practically at how to parcel the scene into separate shots for filming such that each piece or element would fit back together and that everyone had the positions, timings and setups that they needed to support the single-shot final result – whether for camera moves, practical effects or digital effects.” 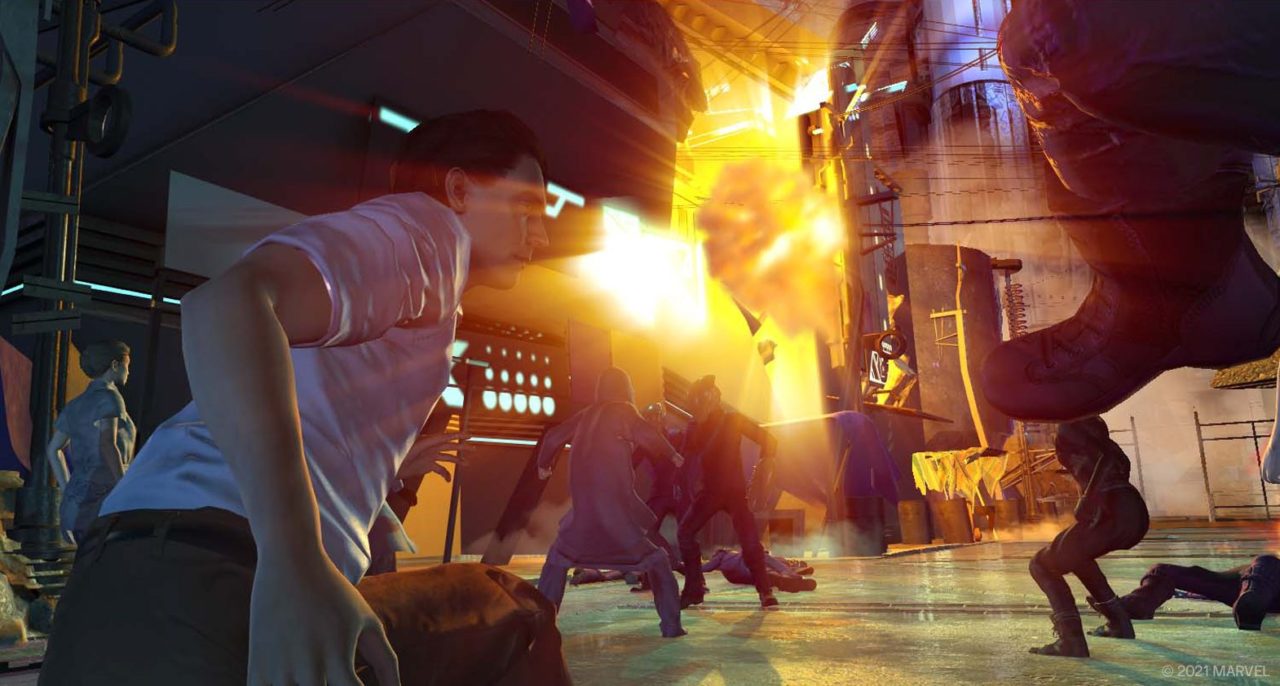 The postvis phase provided a way to see the one’r shot taking shape within the plate photography, filmed in a night time shoot.  Postvis artists at The Third Floor tracked each shot, adding set extensions of the buildings, the space craft, meteors, explosions and a giant planet in the sky exploding while stitching each of the seven plates together. The postvis pass continued to provide a reference as the scene was finalized through editorial and visual effects. 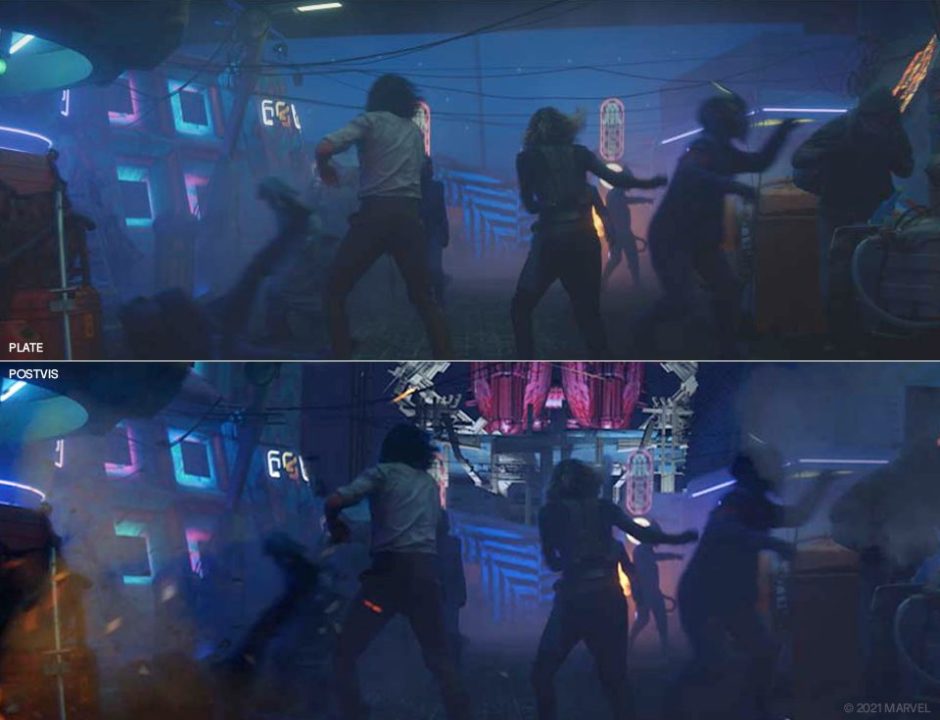 (Following principal photography, the Ark ship as well as meteor hits and CG building extensions were visualized by The Third Floor in postvis. Image © 2021 MARVEL)

“Being able to see ahead and develop creative solutions to the shooting and visual effects for this sequence helped everyone really push their ideas of sending Loki and Sylvie on this frantic chase, where we see the action and obstacles unfolding as they do.” added Lewis-Evans.

Learn more about the virtual cinematography of the Shuroo scene and collaborative work of The Third Floor, the production DP, the animation and VFX teams at Digital Domain in the below reel.

The View From The Third Floor: Ashlin Green