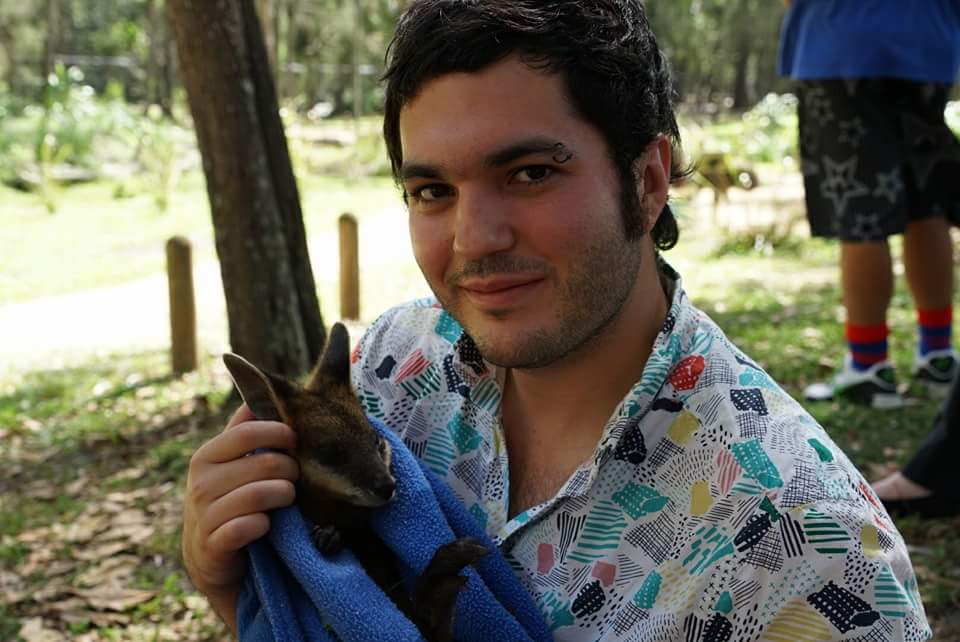 Francisco in Australia for a top secret TTF show.

Francisco joined TTF as a previs artist in November 2014. He’s worked on titles such as Doctor Strange, Allegiant and Independence Day: Resurgence.

What exactly do you do as a previs artist?

The desire to hyphen the ordinary.

As long as I can remember, I have been daydreaming – either by making up stories of strangers or admiring an image and creating a story of what happens in it. Unfortunately, it’s hard to make a living out of that, so filmmaking seemed like an appropriate choice.

In college (University of Technologico de Monterrey), I was very interested in the area of layout and animation but I couldn’t decide what to focus on so I practiced both. Just before graduating I stumbled upon previs and fell in life with the concept. Fast forward a few years of hard work, online collaborations, odd side jobs and I finally reached the level necessary for my first job in the industry. I’m inspired and intimidated by everyone around me. So I continue to push myself to be a better artist (except on Saturdays when whisky calls).

What influences you as an artist?

I tend to look at every art medium for inspiration. Anything that makes me wonder tends to go into a list for reference. (songs, youtube/vimeo videos, articles, graphic novels, videogames, etc)

What was one of your favorite experiences on a show?

Every time I realize that we are having a ridiculous conversation about the logic behind the protagonist doing the impossible. Something like fighting a monster 20 times its size while driving a unicycle. This is made up, of course, but not too far from the truth. I think these are the best kind of problems to have to solve at work.

That being said, working on Doctor Strange final sequence was a huge dream come true.

This interview has been edited for length and clarity.

and a Happy New Year.

Francisco joined TTF as a previs artist in November 2014. He’s worked on titles such as Doctor Strange, Allegiant and Independence Day: Resurgence. What exactly do you do as a previs artist? My job is to show the director’s vision, creating very detailed blueprints of complex sequences using rough 3D animation. What got you interested...
Prv